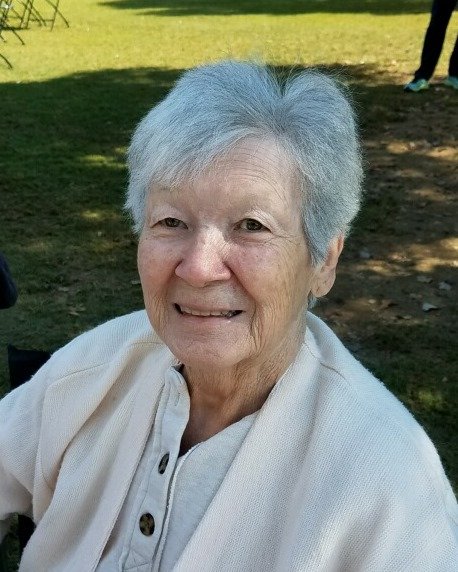 Mrs. Glenda “LaVerne” Petty Sparks, 79, of Chatsworth, passed away on Saturday, November 20, 2021 at home, holding the hands of her son and daughter-in-law.

LaVerne’s son, Bryan Petty Sparks, and his wife, Laura Sparks, were blessed to share their home with her for the past two and a half years. LaVerne delighted in the antics of her only grandson, Hurshel Sparks, now 4.

Born the only daughter of Emmett Hurshel Petty and Bertha Pulliam Petty on June 28, 1942, LaVerne was a shining light for her family. Kind-hearted, caring and generous, her many cousins admired and looked up to her.

After graduating Murray County high school in 1960, LaVerne attended business school in Atlanta, then took a job as executive secretary to Mr. Judson Moses with MGM Studios. She loved her job, which gave her the opportunity to travel the country and meet many glamorous celebrities. But family was always of utmost importance to her, and she would come home to Chatsworth nearly every weekend.

After 12 years with MGM, LaVerne returned home and took a job with Yarn Set, where she met Charles Douglas Sparks, a phone tech with General Telephone who was hired to work on her phone and ended up stealing her heart. LaVerne and Charlie married on March 11, 1973.

For 40 years, LaVerne and Charlie lived in Atlanta, where they raised Bryan and launched S&W Communications. During the week, LaVerne ran the business affairs of S&W and their Chatsworth-based rental property business, CBL Properties.

She was a devoted mother who spent countless hours driving Bryan around Atlanta to Boy Scouts meetings and campouts and Taido classes and tournaments. But her heart was always in Chatsworth, and nearly every Friday, the Sparks family headed north to the town that Charlie and Bryan came to love as much as LaVerne did.

Of course, Elvis was LaVerne’s first love. She was lucky enough to see him in concert at least half a dozen times, and she even took her mother to see him three times. She and her cousins took many trips to Hiawassee, Cherokee, and other destinations to see Elvis impersonators, and her enthusiasm for those performers made everyone around her smile.

LaVerne was preceded in death by her husband; her mother and her father; and her grandmothers, Mama Pulliam and Ma Julie. She is survived by her son and daughter-in-law; her aunt Angie Pulliam West; mother-in-law Willie Mae Sparks; sisters-in-law Virginia Davis, Helen Elrod Smith and Phyllis Sparks; and many beloved cousins, nieces and nephews.

Funeral services to celebrate LaVerne’s life were held on Tuesday, November 23, 2021 at 2 p.m. from the chapel of Peeples Funeral Home with Rev. Tony Patterson officiating. Services were live-streamed. Immediately following the service, interment was held from the Ramsey Cemetery.