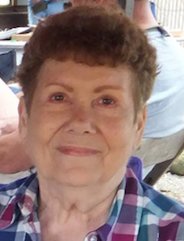 Mrs. Glenda Jane Howard Houston, 83, of Knoxville, Tenn. and formerly of Eton, passed away at Fort Sanders Medical Center on Oct. 21, 2021.
She was the daughter of the late Glenn and Annie Laurie Brown Howard of Eton.
She is survived by her husband, Paul Houston, and daughter, Laurie Houston, both of Knoxville.
Mrs. Houston was a graduate of Murray County High School and Lincoln Memorial University. She received a Masters in Education at the University of Tennessee, Knoxville. She taught at Murray County High School in Chatsworth, Ga. and was a special education teacher at Fort Sanders Elementary in Knoxville, Tenn. She was a long-time volunteer at East Tennessee Children’s Hospital and supporter of Whitfield-Murray Historical Society.
Per her request, no services were held. There will be a private burial at Chatsworth Heights Cemetery. In her memory, donations may be made to a charity of your choice.
Jones Funeral Home of Chatsworth is in charge of arrangements for Mrs. Glenda Jane Howard Houston.