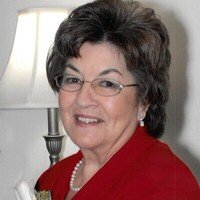 Mrs. Banks was born in Gilmer County on February 10, 1940 to the late Noah Paul Corbin and Gussie Sanford Corbin. In addition to her parents, she is preceded in death by two brothers, Joe and Truman Corbin; three sisters, Peggy Quarles, Annie Mae Pinson, and Mary Nell Corbin. Mrs. Banks was a member of Tails Creek Baptist Church and was retired from Mohawk.

The family received friends on Monday, December 20, from 4 p.m. until 7 p.m. at the funeral home.

Bernhardt Funeral Home was in charge of the arrangements.