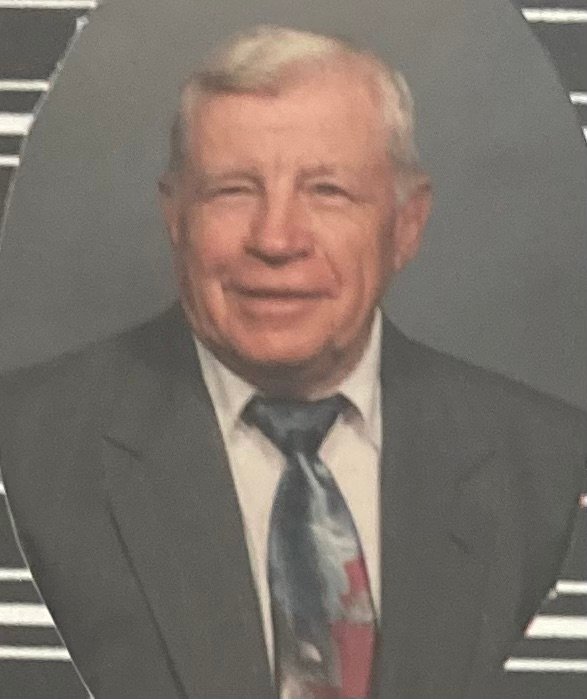 Mr. Fred James Dalton, age 98, passed from this life into heaven on Friday, November 18, 2022.
He was born on December 9, 1923, and he lived his entire civilian life in Murray County. At the age of 19, he enlisted in the U.S. Army shortly after the bombing of Pearl Harbor. He completed basic training at Indian Town Gap, Pennsylvania and served in the Pacific during World War II, including the Philippines and several other islands. He was on a ship beside the USS Missouri and saw the Japanese climb aboard to surrender.
Following his honorable discharge from the Army, he returned to Murray County. Despite not being able to attend school past the eighth grade, he and Ruth successfully raised three children on a small farm while he also worked for 39 years at Hardwick Stove Company in Cleveland, Tennessee. He was a member of Calvary Baptist Church for 80+ years where he also served as a deacon and was faithful to work in many volunteer positions.
He was preceded in death by his wife, Edna Ruth (Dunn) Dalton, parents, Henry Calhoun and Fannie Pearl (Whittemore) Dalton; brothers, Eugene, Herman, and Leon (Hunk) Dalton; daughter-in-law, Janis Keener Dalton; and grandson, Bradlee Drew Coker.
He is survived by son and daughter-in-law, Terry and Mary Dalton; daughters and sons-in-law, Connie and Anthony Coker and Alicia and Mike Davis; grandson and wife, Tim and Kimberly Coker; great-grandchildren, Kendall and Dalton Coker; brother Johnny Dalton; and sister, Virginia Caylor.
Funeral services to celebrate the life of Fred Dalton will be 3:00 pm Sunday, November 20, 2022, from Calvary Baptist Church with Rev. Curt Thomason officiating. Military honors will conducted at the conclusion of the service. Burial will be in Calvary Baptist Church Cemetery.
The family will receive friends at Calvary Baptist Church from 1:00 pm until 3:00 pm Sunday, November 20, 2022.
Flowers will be accepted, or donations may be made to The Murray County Gideon Camp P.O. Box 44 Chatsworth, Georgia 30705.
The family extends their thanks to the staff of Homespun Hospice for their love and care for our Daddy as he went through his final journey.