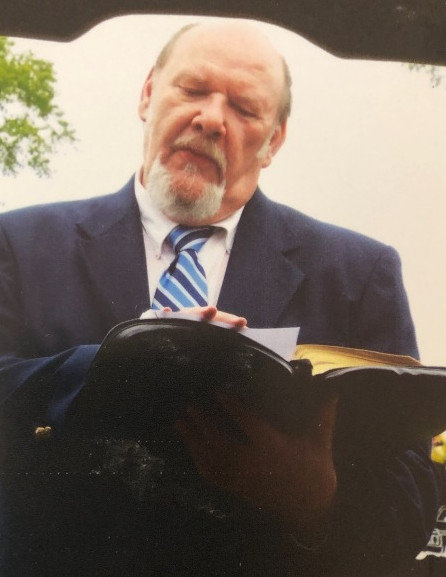 Edward Huell Smith Jr. passed away Tuesday, April 26, 2022, at his home surrounded by family. God and his family were the most important things in the world to him.

He preached the gospel for over 35 yrs, planting many seeds that lead so many people to Jesus. If someone needed prayer, he was right there for them. Being a wonderful musician, he “picked” played guitar and sang like no one else. He loved to sing and play for his family and the church and wrote many songs that touched many lives in a way that will never be forgotten. He was a master mechanic at Shaw industries, working with the company for 34 years. He was the kind of man who you could always depend on to be there for whatever you needed. If he had it and you needed it, it was yours. He never cared much for possessions. He laid up his treasures in Heaven (Matthew 6:19-21)

A funeral service to honor the life of Rev. Edward Huell Smith Jr. was held Friday, April 29, 2022, at 3 p.m. in the chapel of Shawn Chapman Funeral Home, with Edward Huell Smith III, Rev. Jeremy Southers, Rev. David Banks Jr. officiating. Interment was in the Smith Family Cemetery. The family received friends at the funeral home on Friday, April 29, 2022, from 11 a.m. to 3 p.m.

Arrangements made with integrity by Shawn Chapman Funeral Home, Crematory, and Monument of Chatsworth www. shawnchapmanfh.com