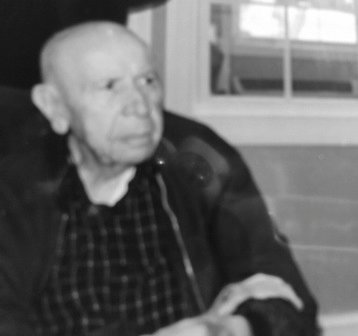 Mr. Cleve Malcom Greeson, age 91 of Chatsworth, passed away on Monday, August 8, 2022 at Quinton Memorial Healthcare.
Cleve attended Murray County Schools and joined the United States Air Force in 1951. He retired in 1972. Cleve worked in Photo Intelligence, reading photos taken by U2 planes. His group found the missiles in Cuba which led to the Cuban Missile Crisis. President John F. Kennedy came to Offutt Air Base to commend the group for their work. Cleve was stationed in France, Germany, England, Japan, Vietnam, and the United States. Cleve loved his family and was always there to take care of them. Cleve was an avid hunter and loved to garden.
He was preceded in death by his father and mother, Roy and Iva Greeson, two brothers, Howard Greeson and Donald Rhett Greeson, and one sister, Mozelle Caldwell.
Survivors include his one brother and his wife, Berllie and Ruth Greeson; two sisters and their husbands, Carolyn and George Bozeman, and Velva and Jerry Howell; sister-in-law, Diana Greeson; nieces, nephews, and extended family also survives.
Funeral services to celebrate the life of Cleve Malcom Greeson were held Friday, August 12, 2022 at Murray Memorial Gardens with the Rev. Mark Howell officiating. Internment followed.
Peoples Funeral Home and Crematory was entrusted with the arrangements of Mr. Cleve Malcom Greeson.